The Toyota Noah is a Multi-Purpose-Vehicle(MPV) that was introduced to the Japanese market in late 2001. It was developed from the popular Toyota TownAce/LiteAce platform and is largely the same as the Toyota Voxy. Most people cannot actually tell the difference and it takes a keen eye to pick the differences. Later in this review, we will highlight the technical differences between the Noah and the Voxy in a way that can help a prospective buyer to make an informed decision.
The Toyota Noah is a 7 or 8 seater van with sliding doors on both sides. There is a 5 seater option available but it’s not common in the Kenyan market. The 2013 Toyota Noah falls in the second generation that was in production from 2007 to 2013. In the Toyota classification tree, the Toyota Noah is in a class above the Toyota Sienta and below the Toyota Alphard. It competes locally with the Toyota Voxy, Nissan Serena, Honda Stepwagon, Mitsubishi Delica and Mazda Biante.
The first generation Noah was plagued by technical issues that were attributed to the 1AZ engine. These issues were addressed in the second generation by the replacement of the 1AZ with the 3ZR engine. The Toyota Noah and Voxy were the first Toyotas to receive the Valvematic engines back in 2007. Read more on the Valvematic engine here. The 2013 Toyota Noah is only available with an automatic CVT transmission and comes in both 2WD and 4WD options. There is only one engine available with the 2013 Toyota Noah and that is the 2.0L 3ZR. 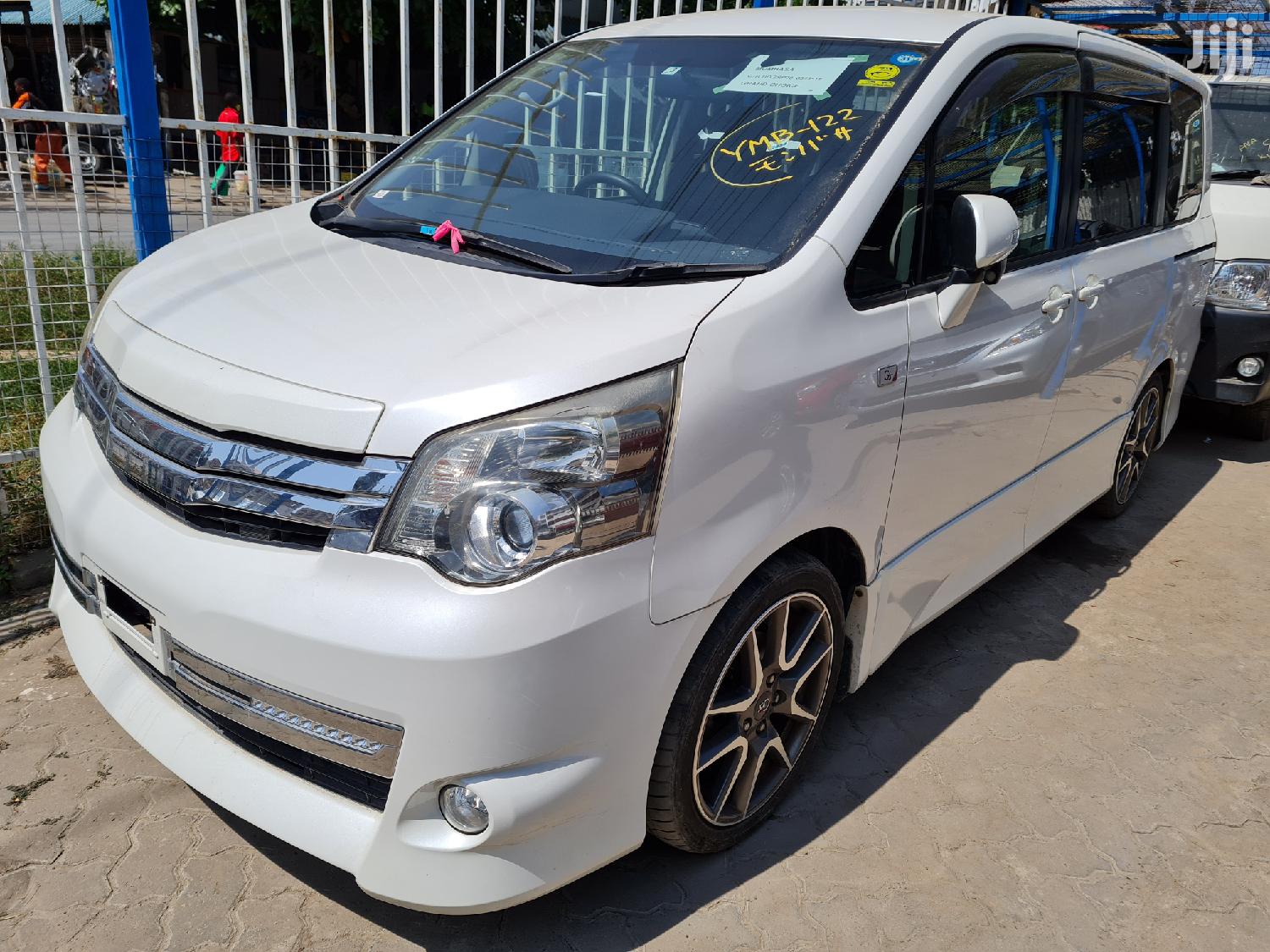 This is the base model that is a 7 to 8 seater. It comes with manual sliding doors, steel rims and rear attached seats. It has the following sub-grades (X, XL, XL Selection, XG)

Same in features as X but a 5 seater.

This is the Luxury grade model that comes with features such as dual automatic sliding doors, 7 to 8 seats, captain seats, beige interior, alloy rims, and chrome trim.

This is the sports version of the Noah with features such as tiptronic, steering shifts, 7 to 8 seats. It has the following sub-grades (S, SG, Si).

The Toyota Noah has a high center of gravity, therefore when driving around sharp corners its advisable to reduce speed and exercise caution. On paved roads, the Noah drives smoothly and accelerates well for its size. The CVT gearbox is refined and gear shifts are effortless. Off the tarmac, the Toyota Noah is like a fish out of water. The low ground clearance coupled with its length makes entering sharp dips difficult as the front and rear bumpers clip the ground. On slippery ground, the 2WD loses traction and spins out of control. The 4WD does a better job as it holds the ground better on slippery roads. Generally, the Toyota Noah is not suited for off-road driving.

The driving conditions in Kenya are significantly different from those in Japan and Europe. Reliability reviews done for those markets largely do not apply to the Kenyan market. There are differences in roads, fuel, climate, spares, and technical expertise. To give you accurate and reliable local insights, we interview experts such as mechanics and car dealers, who have in-depth knowledge of the Kenyan market. We also test the cars ourselves. Our aim is to give you the right information to enable you make an informed decision when buying a car.
The first generation Toyota Noah with its 1AZ engine had many reported failures here in Kenya. The experts we interviewed concur that the 1AZ engine was problematic to a large extent. These problems stemmed from bad maintenance and a generally poor assembly. Engine failures were common with the first generation Toyota Noah but the 3ZR engine addressed these problems in subsequent generations.
Always follow the recommended guidelines as per the Owner’s manual.

INQUIRE MORE ABOUT OUR SERVICES

Send us your message here to get in touch with one of our team members.
We will try to get back to you within 48 hours. If we don't within that time,
please feel free to use the form again or give us a call